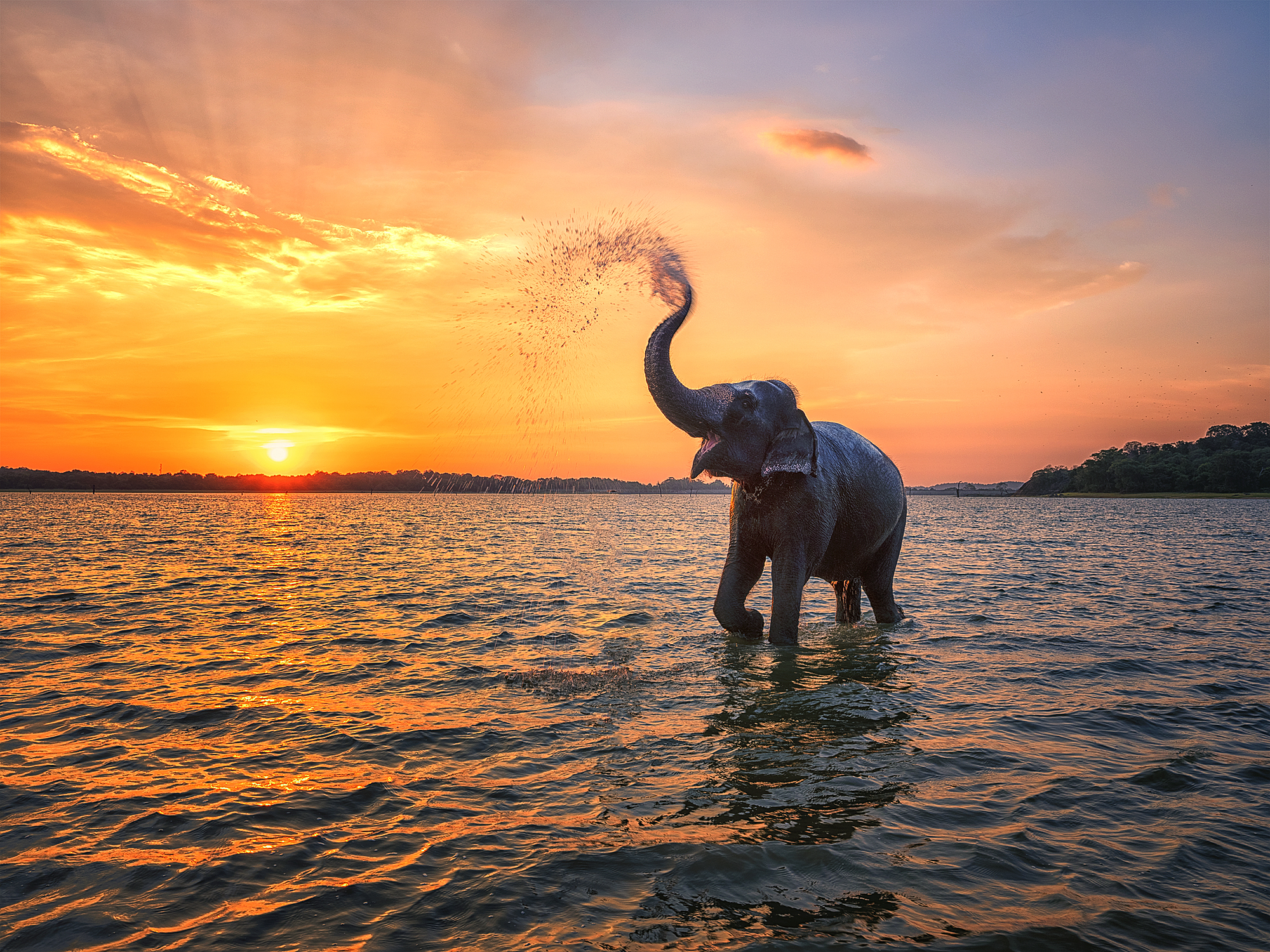 Sri Lanka, formerly known as Ceylon, is a wonderfully diverse island sitting south of India in (you guessed it) the Indian Ocean. Landscape photographers travelling to Sri Lanka can capture arid landscapes one day, tropical rainforests the next, framed by a coastline of golden beaches and bustling with photogenic wildlife. In addition to Sri Lanka’s breathtaking flora and fauna, there’s 2,000 years of Buddhist culture showcased in its ancient temples, frescoes, palaces and ruins. Or you can stay in one of its vibrant cities for some stunning street portraiture.

With 8 World Heritage Sites to explore on one small island, we’ve collected the five best places for landscape photography in Sri Lanka. Whether you’re on a professional photo tour or planning a solo trip, this is your fast track to discovering through your lens why locals affectionately call this place the ‘pearl of the Indian Ocean’. Here are the top 5 photography spots in Sri Lanka

Just north of Sri Lanka’s capital Colombo, sits the beach-side city of Negombo with its six metre-long reclining Buddha at the Angurukaramulla Temple. Once an international hub for cinnamon thanks to the Dutch (you’ll spot remnants of European influence throughout the city), Negombo is now famous for its fish – and its fishermen. Photographers cannot miss taking in the scenery surrounding Negombo Lagoon. Connected to the sea via a narrow channel, it’s lined with fishermen’s huts and grassland dotted with rice paddies and coconut plantations. Snap cormorants, herons and egrets or time your visit for the fishermen’s return from a day’s work – their oruvas (outrigger canoes) sweeping into the shore is a spectacular shot.

The most popular park for tourists is Yala – so we suggest visiting Wilpattu instead, on the west coast. As the country’s largest national park, Wilpattu is one of the best landscape photography locations in Sri Lanka. It’s also one of the oldest, most important protected areas in the country, with great odds of spotting wildlife including elephants, sloth bears, spotted deer, buffalo, eagles, monitor lizards, dugong… and leopards. Watch out for that last one! The landscape is mostly dry, lowland forest featuring an abundance of villus (natural rainwater lakes). The park’s western section is denser and spread across copper-red loamy soil. The best time to visit is between February and October, just check the park’s opening hours. This tall, conical mountain (sitting at 2,243m) located in central Sri Lanka offers landscape photographers some breathtaking scenery at sunrise. Reaching the peak is a pilgrimage for many, as it features the Sri Pada – a sacred footprint – near the summit that apparently belongs to Buddha, Lord Shiva, Adam or St Thomas in various religions. This is one of the best places to photograph in Sri Lanka as not only is Adam’s Peak a biodiversity hotspot, but also a UNESCO World Heritage Site. For a scenic view to rival that from Adam’s Peak, take a trip from Haputale to the 2,000-metre-high Lipton’s Seat. Its summit offers a panoramic view out to the southern Sri Lankan coast, with a tiny cafe where you can see the world just like Sir Thomas Lipton did more than a century ago.

Sri Lanka’s second largest city – Kandy – was an independent Buddhist kingdom until the early 19th century. You will still find a famous selection of ancient Buddhist sites, including the sacred Temple of the Tooth (Sri Dalada Maligawa), declared a World Heritage Site in 1988. Kandy is centred around a lake (200-year-old artificial reservoir) and hugged by hills filled with tropical plantations, especially tea, which often have an incredible halo of mist. The city itself is a colourful flurry of activity set against colonial-era and Kandyan architecture. The local’s fast pace of life is best captured with slow-shutter speed, while Kandy’s Botanical Gardens is perfect for recapturing a sense of calm.

This hilltop rock was originally transformed into a tranquil site by King Kassapa One, who decorated the landmark with hundreds of elaborate frescoes, beautiful water gardens and carved a lion’s mouth around the entrance. Although the 360 degree jungle view from Sigiriya is hugely popular with visitors, landscape photographers agree that photo tours get the best vantage point from the neighbouring rock summit, Pidurangala. Seeing Sigiriya from this angle will not only take your breath away, but it will take you off the busy tourist trail. Head to the Photography Tours page and click on a photo tour to view the trip details. Once you place your deposit through our secure booking platform your place will be reserved instantly. The team will then be in contact with you to provide you will all the information you will require and confirm your trip details. If you would prefer to make your booking with the team directly, please email bookings@fotoworkshops.com.au