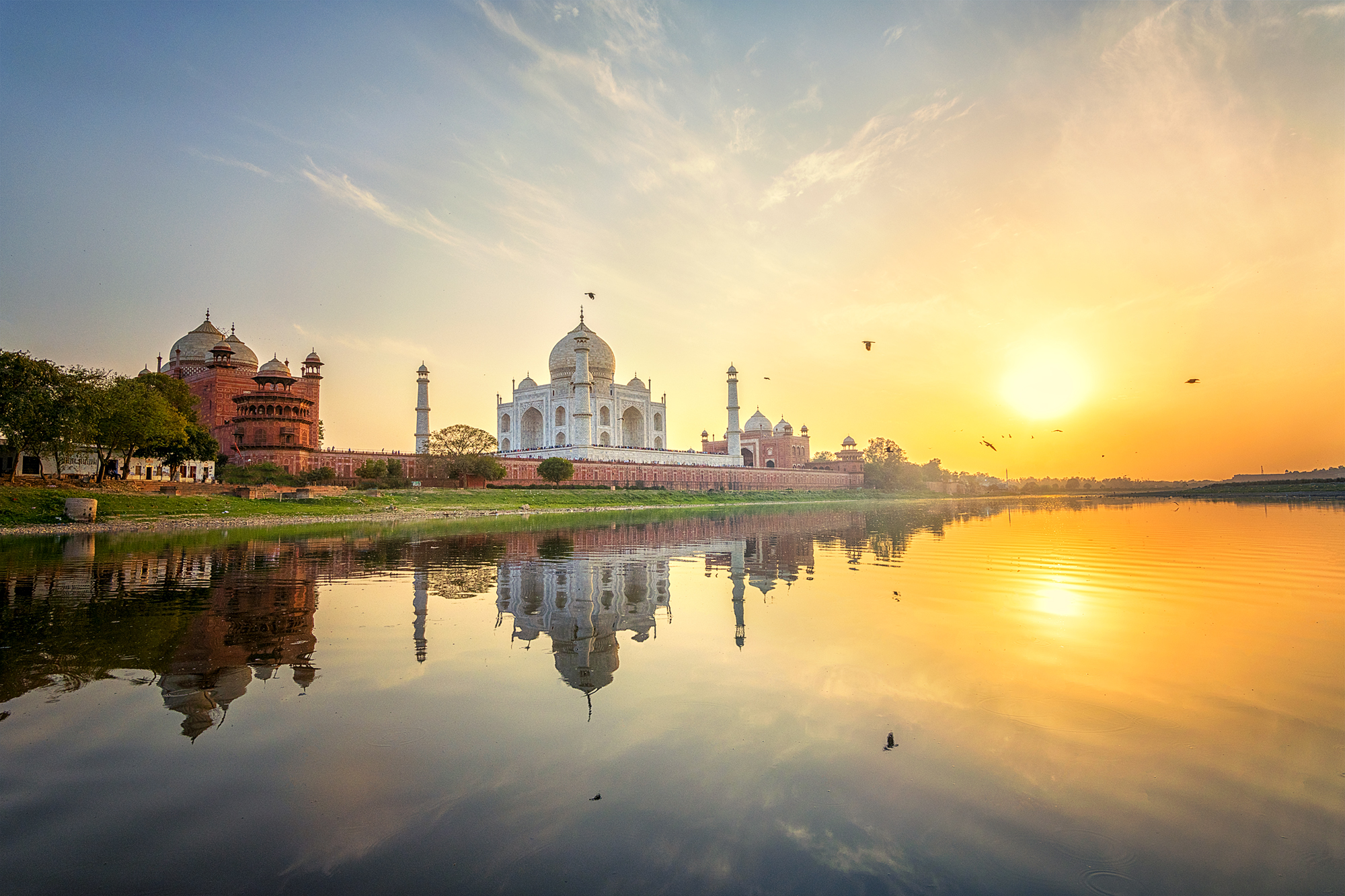 India isn’t for everyone, but that’s what makes it so irresistible for photographers. This is a land of contrasts, colour and excess, where people and their traditions over thousands of years have shaped the landscape. A visit to India guided by your camera promises to be one of the most vibrant, energetic experiences the touring photographer could embark upon. Time your trip with the annual Holi Festival in spring and the above is exemplified threefold, as cities are lovingly spattered in every colour of the rainbow and celebrations spill into the streets. From the bustling Blue City of Jodhpur to the deserted town of Fatehpur Sikri and its wonderfully preserved buildings, India has a long list of visual treats for photographers who don’t mind sacrificing their personal space for powerful portraits and exotic architecture. Below are the top 5 photography spots in India.

1. The Blue City of Jodhpur, Rajasthan – for cool architecture

Slightly hidden within the old quarter of the second largest city of Rajasthan is a network of bright, blue ancestral buildings known fondly as the Blue City. Located on the cusp of the Great Thar Desert, overlooked by the Mehrangarh Fort, there are ample chances for dramatic photos here, especially with residents in colourful, contrasting clothing. Potential reasons this portion of Jodhpur’s buildings have been given a blue hue include religious significance, temperature reduction/sun reflection, a natural mood relaxant, and even mosquito repelling. The photogenic Blue City sits within the Indian state of Rajasthan, bordering Pakistan, also known as The Land of Rulers courtesy of its proud warrior traditions, forts and palaces.

Consisting of one central complex hugged by two elaborate buildings, India’s Taj Mahal is the ultimate model for a wide-angle shot. A romance built this monument in the 17th century, organised by Shah Jahan as a tribute to his wife Mumtaz Mahal. If only she could witness the crowds flocking to capture her trophy today! It may surprise you that we don’t recommend taking yet another reflective shot of the palace down the central canal. Get creative – find a unique angle at one of the most photographed locations in the world! For a calmer experience, avoid peak season and visit during winter (October to December) or pre-summer (February to March). Stay local so you can arrive at the Taj Mahal for dawn. Try photographing from the east side of the main building, when this location is most peaceful and coated in the morning’s ombre light. Experiment by capturing the Taj Mahal from the floor, from height, or even working natural props or local wildlife (such as stray dogs) into your images. Alternatively, pop to the nearby park, Mehtab Bagh, for panoramic scenes of the Taj with space to breathe in the scenery. 3. Vrindavan during Holi – for a kaleidoscope of colour

Vrindavan is where Lord Krishna grew up, making this ancient township one of the holiest spots in Hindu India. It’s second only to Mathura, another town just 11km away where Krishna was born. Vrindavan is connected by the Yamuna River to Delhi and Agra, so it features various ghats and samadhi’s (tombs) dedicated to well-known swamis you may seek to explore. This town is also an excellent base to experience the spring colour festival known as Holi, with Vrindavan’s rich spiritual heritage attracting pilgrims and accelerating local excitement in the lead up to the festival launch. Aiming to capture the celebrations first-hand? Try a telephoto lens to snap colour-showered individuals from afar without giving your equipment a paint job. The narrow Vrindavan streets also offer the opportunity to capture the commotion of Indian bazaars and some elegant temple architecture, such as the Banke Bihari Temple. In a forest, on the slope of an unassuming hill in Ranakpur, rises a magnificent 15th century temple featuring over 1444 marble pillars, each intricately carved in their own design. Erected after a divine vision, the temple stands for the Jain religion, similar to Hinduism and supporting pacifism and ahimsa (harm no living thing, even mosquitos). Scan the surfaces of pillars, domes, turrets and cupolas for symbolic scenes of gods, nymphs, elephants and serpents, but you will never find two looking the same! Throughout the day try to capture how the light changes the white marble architecture’s appearance, especially from within  the temple’s largely open-atrium design. It’s obvious why Ranakpur Temple is a World Heritage Site, considered by many to be one of the most stunning architectural wonders of India. How does the India in your imagination look? The northern city of Varanasi in the state of Utter Pradesh answers this for most. Not only is this the site where Buddhism was potentially founded, but it’s an intense boiling pot of culture, commotion and cremation, offering the photographer both awkward and amazing scenery. Locals are adorned in vibrant orange, yellow and turquoise apparel. Vendors offer homemade samosas while cows casually roam the crowded streets. Spot the spiritual bathing (or self-purifying) in the thickly suspicious Ganges River, or try Manikarnika Ghat (one of 80+ ghats / stone slab steps) on Varanasi’s embankment where bodies are ritualistically burnt with an audience to send souls to nirvana. It’s a scene fit for photographers with a fair bit of mettle, and a truly challenging subject matter for your journey as a photographer. Varanasi is accessible by air, rail and road from all parts of the country. Check out our India Gallery here