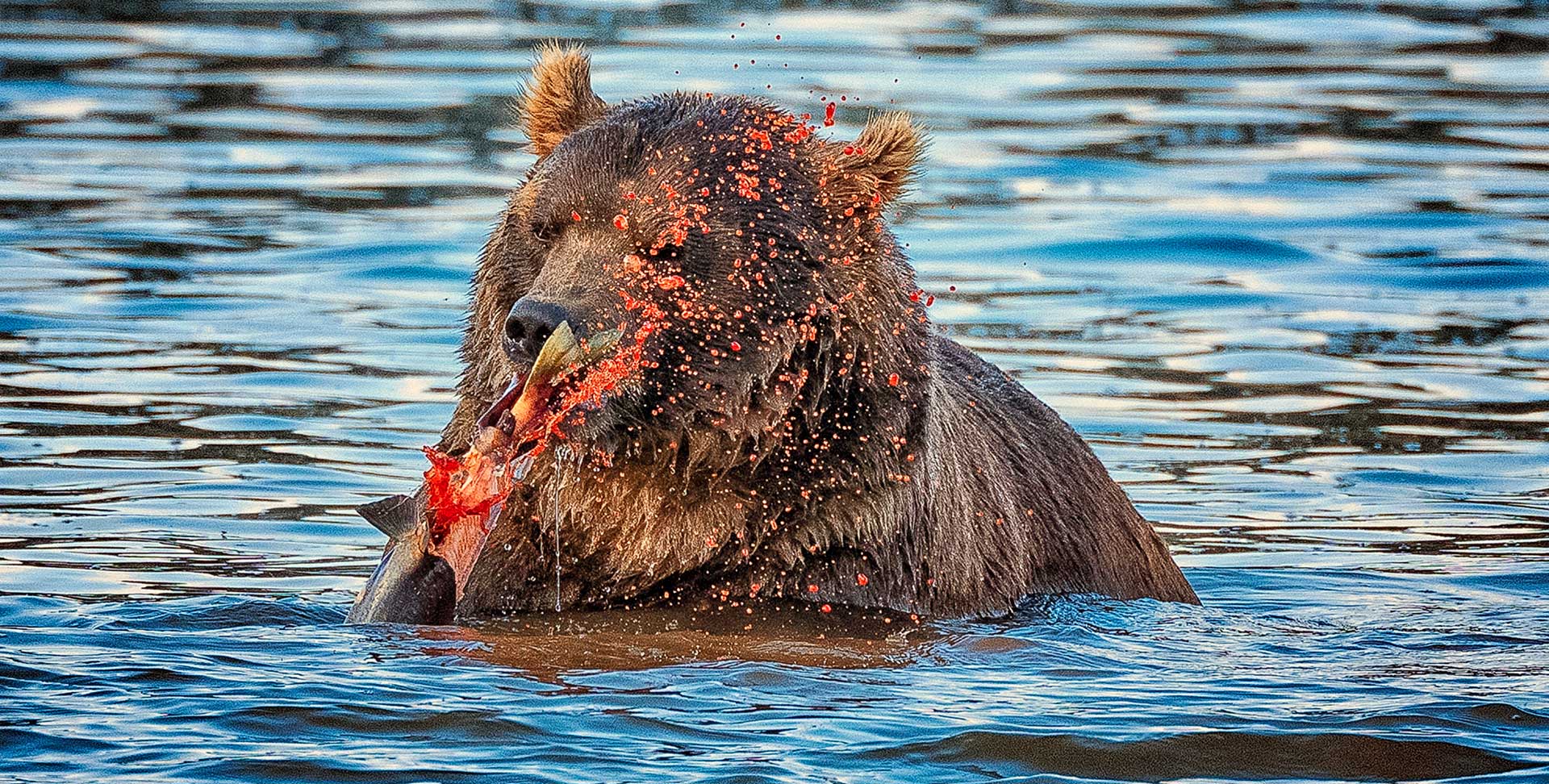 Capturing true wilderness is the goal of many landscape photographers, but finding an unspoilt location is another challenge entirely. Our idea of wilderness is the Kamchatka Peninsula, framed by the Okhotsk Sea, Bering Sea and Pacific Ocean in far eastern Siberia. This is (one of) Russia’s biggest and best kept secrets – a rare location easier to access by helicopter than road. Grasp an idea of just how vastly isolated Kamchatka is by taking a 10-hour flight from Moscow (!) to its location on the Pacific Rim of Fire. Home to roughly 300 volcanoes, around 30 of which are active, this is the ultimate untamed landscape for photographic exploration.

Ready to explore one of our world’s last frontiers through the eye of your camera? These top 5 spots in Kamchatka will help shape your adventure…

Visit two amazing locations in one by making your way to the active Mutnovsky volcano for a dramatic menu of seismic scenery, plus the opportunity to enter an other-worldly ice cave. Views near the summit of Mutnovsky (which hits the sky at 2,322m), are truly magnificent. Any brave photographer who completes the moderate hike (10km) to a point 500m from the ground to a crest of merged craters will be rewarded with immersive shots deep into the heart of the volcano cavity, with torches of sulphur and vapour rising from the crater’s funnel. Below this view sits a glowing white glacier hiding a beautifully bizarre ice cave, only captured on camera for the first time in 2012. This evocative tunnel can be accessed via a volcanic path deep within the glacier, leading to a natural light show of rainbow hues reflected from the underground river.

2. Kurilskoye Lake – for the kingdom of bears

Wildlife photographers should beeline for Kurilskoye Lake in Kamchatka during August or the summer months. This is hands down one of the best places globally to photograph wild brown bears in their element. Completely at ease and obsessed with capturing fresh, red salmon, the bears leave you to obsess over capturing that perfect moment, often inviting their cubs to fish too. We recommend observing these breathtaking beasts from a respectful distance, as the Kamchatkan brown bear is one of the largest subspecies of its kind. However, this site is carefully monitored by experienced rangers and quality photo tours always prioritise safety and the wellbeing of the bears. Kamchatka is one of the most volcanically intense places on earth – challenged only by Iceland and Hawaii. As a visitor to a scenic land designed for giants, the line between photographer and adventurer thins, especially in the presence of a volatile group of volcanoes known as Tolbachik. Featuring a flat-topped shield volcano called Plosky Tolbachik and a peaky but extinct stratavolcano called Ostry Tolbachik, these siblings reach up to 3,085m and have been in and out of eruption mode for thousands of years. Witness the chameleon colours of their snowy peaks as the light changes, or see live lava flows as part of a normal day at Tolbachik. Their explosive power is an absolute marvel to capture on camera, especially with the added adrenalin that anything could happen – this is a top spot to create that photo in your portfolio to rule them all! 4. The Dead Forest – for haunting images

Within the UNESCO-listed Klyuchevskoy Volcano Nature Park, the corpse of a forest rests.

Once a thriving community of larch trees, this desolate area is now known as the Dead Forest after it was engulfed by ash cloud during the Great Eruption of Tolbachik in 1975. The petrified forest has been standing for over 40 years, and is not only a stunning complement for your photos of the Klyuchevskoy mountain range, but a reminder of the power behind the Kamchatkan landscape. We love this unique location as it provides haunting, atmospheric shots, especially during sunrise or sunset, when the fog rolls in. 5. Klyuchevskaya Sopka – for the perfect volcano

Kamchatka is home to Eurasia’s most dramatic and active group of volcanoes – the Klyuchevksaya. This earthly army consists of 13 volcanoes, 9 of which are extinct and one that we highly recommend setting your lens upon. Mount Kluchevskoy, or Klyuchevskaya Sopka, is the northern hemisphere’s largest and the peninsula’s most “popular” active volcano thanks to its extremely photogenic conical design. Holding great spiritual importance, some Kamchatkans consider this epic 4,750m stratavolcano to be the birthplace of the world as we know it. Today there are limited opportunities to ascend Klyuchevskaya Sopka as it’s considered a dangerous route, but shots featuring this mega volcano in the backdrop are far from disappointing.